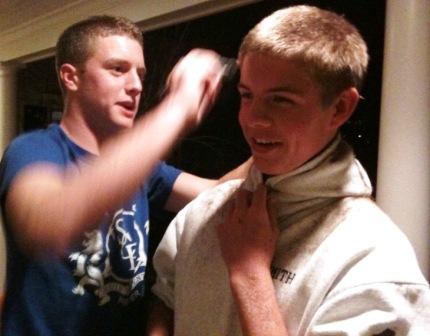 Brendan Lesch is the Norwalk Hour‘s Most Valuable Player.

This marks the 2nd year in a row that area coaches and the Hour sports staff have selected a Staples junior for the honor.  Last year, Alan Reiter was the Hour MVP.

Matt Doran’s in-depth profile notes Lesch’s “head-spinning goals,” work rate, passion, and ability to step up his game when it counts most.  There are quotes from Staples and opposing coaches, and teammates.  Click here for the full story.

The Hour called Fitzgerald “one of the most versatile players in the area”; said Hennessy “used his tremendous athletic ability and toughness to dominate the front of the Staples cage”; added that Reiter was “a key component to the Staples ball control attack with his strong vision and pinpoint passing,” and hailed White as “a driving force behind the success of the Wreckers.”

The paper cited Gudis’ “knack for scoring goals…tremendous drive offensively and…nice job creating turnovers on defense,” and called Scott a “speedy left-footer (who) set up a ton of goals with his hustle and determination.”

Seven is the most number of players the Wreckers have ever placed on the Hour All-Area squad.  This also marks the 3rd time in 7 years Staples has had the All-Area MVP.  In addition to Lesch and Reiter, keeper Cal Mintz earned the honor in 2003.

In addition to his on-field talents, Brendan Lesch was the best barber on the 2009 squad.