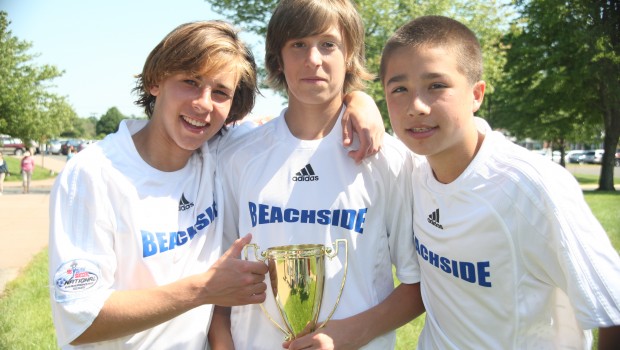 The U-17s pulled away from a 1-1 halftime tie to win going away, 4-1.  Reiter controlled central midfield, while Lesch locked down the central defense.

The U-14s rode an early goal to a 1-0 victory — their 2nd straight state crown.  The 3 Stapleites all play defense — and allowed 0 goals this year in state cup play.

The U-18s fell 2-1 to FSA, denying keeper Adam Liu a trip to the regional tournament in West Virginia.

Good luck to all in regional competition — and congratulations to Beachside on a fine showing!