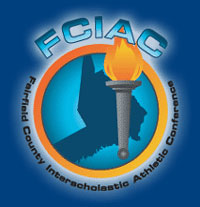 The 2011 FCIAC soccer schedule has been released — and it promises to be an exciting fall for the Wreckers.

For the 1st time in several years, each of the 19 FCIAC teams will play 16 league games.  Previously, there were only 15 FCIAC matches — meaning each team did not play 3 foes.  This year, each squad “misses” only 2.  This fall, Staples will not meet Stamford and Bassick.

“16 games makes things a lot more equitable,” Staples head coach Dan Woog says.  “On the other hand, because the CIAC allows only 16 regular season matches, we’ve had to end our great out-of-league series with Brookfield.”

Near mid-season there’s a challenging stretch of consecutive matches with Norwalk, Trumbull and Greenwich — followed by a brutal end of the regular season.  The Wreckers play 7 games in 14 days — including fores like Fairfield Warde, Fairfield Ludlowe, Westhill, New Canaan and Danbury.

“We’re going to have to be ready to hit the ground running with Ridgefield,” Woog says.  “And then we’ll have to keep our momentum right to the end.  We’ll need to be tough, smart, fit and deep.”

The pre-season schedule has both a familiar look, and a new wrinkle.  Scrimmages are set with traditional foes Wethersfield (home on the Friday before Labor Day; then the jamboree 8 days later) and Glastonbury.

But Staples has added traditional powerhouse Newtown as the 1st test of pre-season, along with Bunnell — which returns all 11 starters from last year’s Class L state finalist team.

“I’m excited, and I know our guys are,” Woog says.  “It’s only mid-July, but the seniors have already done a great job in terms of leadership.  They’re setting the bar high for everyone.”

(The junior varsity and freshman schedules have also been released.  Click here — or on the “This Season” tab at the top of www.StaplesSoccer.com — to see them all.)