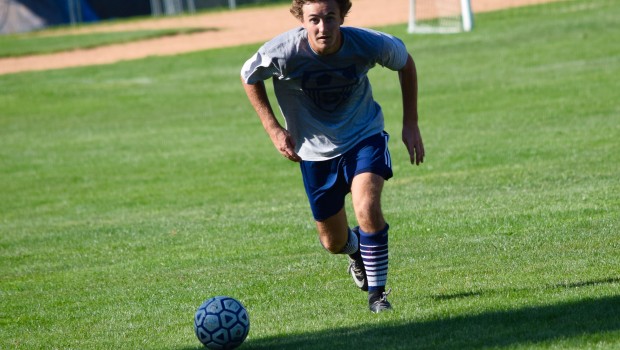 For the past several years, Staples and Fairfield Prep have squared off in the opening scrimmage of the season for both sides.

This year’s event — played at pristine Loeffler Field, before a large crowd — showed end-to-end action, with neither team (naturally) in regular season form.

The Wreckers scored twice, in the 1st 30-minute period. Josh Berman won a 50-50 ball, and found Spencer Daniels running through. His shot was saved, but Berman banged in the rebound.

The 2nd tally began when Matt Engler cut across. He fed Daniels, who finished solidly.

The middle period was scoreless. The visitors drew level in the final period, on a long ball over the top and a bad giveaway.

Staples entered the match knowing that while they’ve prepared well, plenty of work remains to be done. They ended it having that lesson reinforced.