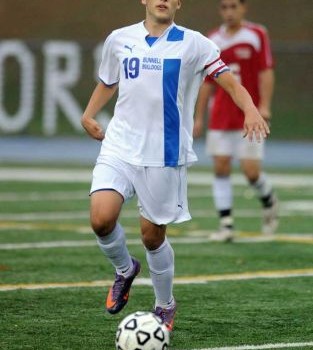 Continuing their long tradition of seeking out the best competition in the state, Staples has added Bunnell to its pre-season schedule. Like the Wreckers, the Stratford school fell in the state finals last fall.  New Canaan captured the L division title, 2-0.  But Bunnell had no seniors on last year’s squad, making them a formidable foe — and a great test.

“Pre-season is very important,” said head coach Dan Woog.  “We use it to figure out who plays well where, and in what combinations.  We see what we need to work on.  And our players learn that there are a number of good teams out there.”

The Bunnell scrimmage is set for Thursday, Sept. 8, at Wakeman B.  The traditional home match with Wethersfield (Friday, Sept. 2), round-robin at Glastonbury (Tuesday, Sept. 6) and Wethersfield Jamboree (Saturday, Sept. 10) are also confirmed.

One more scrimmage, 3 or 4 days after tryouts begin, may be added later.

The FCIAC schedule will be finalized this spring.  If — as has been discussed — the league decides to go with a 16-game schedule (it’s been 15 the past 4 years), there will be no room for an out-of-conference match.  Since 2008, L division powerhouse Brookfield has provided that opportunity.

One Response to Wreckers Add Bunnell To Pre-Season Schedule