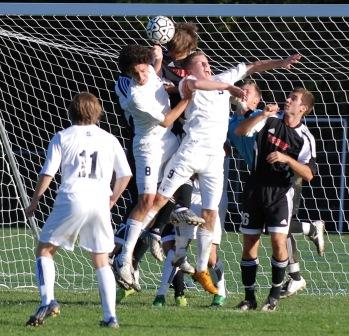 Kurt Dasbach sends along Workout of the Week (WOW) #2. Jack Scott will organize a session for all players wishing to take this week’s challenge together. Players can also organize their own small groups — or do WOW #2 (or a similar distance, if out of town) on their own. Email times to dwoog@optonline.net.

Start at the intersection of  Soundview and South Compo/Hillspoint Road (by the jetty). Run down South Compo. Turn left at the Minuteman statue onto Compo Beach Road.

Follow Compo Beach Rd past the marina, beach entrance and volleyball courts. Go left down Soundview (the beach exit road) to complete your lap back to where you started (by the jetty).

Perform 20 incline push-ups with feet on the wall,  hands on the ground

The Minuteman Statue gives its name to this week’s Minuteman Runs.

Tags: Workout of the Week