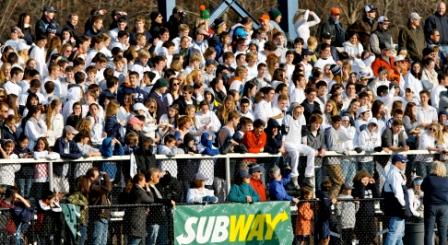 The Staples boys soccer team is one of 5 nominees for Stamford Advocate Overtime FCIAC Fall Team of the Year.

The Wreckers built on a proud tradition by winning their 27th FCIAC title, going 15-0-1 after a 1-2 start. They advanced to the championship game of the Class LL Tournament before falling to Farmington, 2-1, to finish 20-3-1. Staples ended up with 12 shutouts.

The Wreckers hope their many fans vote for them for Fall Team of the Year.