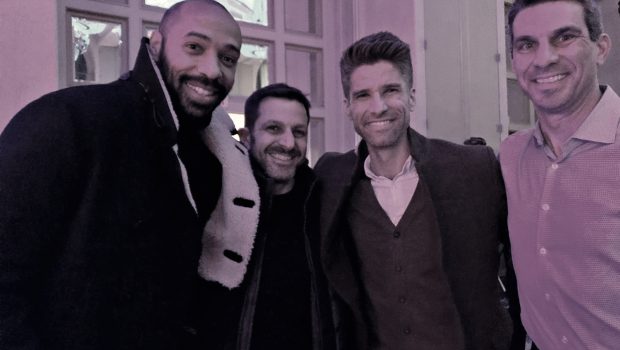 The United Soccer Coaches’ annual convention — the largest gathering of soccer coaches in the world — had a strong Westport presence this year.

The event — which drew 13,000 coaches, from pros to youth, to the Philadelphia Convention Center — included a presentation by Tom Henske. The Staples High School varsity assistant’s day job is in wealth management. He drew a crowd of nearly 100 to his workshop on financial planning for coaches. Henske included many examples from his Wrecker coaching and University of Virginia playing careers, in his well-received (and very important) workshop.

The convention was filled with many coaches and players from Henske’s playing days. He spent time with Bruce Arena, Brian McBride and Erik Imler, among others.

The convention also offered an excellent chance for Kyle Martino ’99 to advance his bid to become US Soccer president. The former Gatorade High School Player of the Year — who took a leave of absence from his job as an NBC soccer analyst to run for the top spot — impressed many attendees with his vision and philosophy during a well-attended 1-on-1 session. He also participated in a forum with the 7 other candidates. Before that live-streamed event, Staples players Vaughan Sealey, Brendan Lynch and Aiden Rose handed out Martino’s “Everyone’s Game Progress Plan.” They traveled from Westport to help boost his candidacy.

Martino, Henske and Dan Woog — the Wreckers’ head coach, who serves as chair of the United Soccer Coaches’ LGBT and Allies member group — had a chance to chat Wednesday night, during the Presidents’ Reception. They talked about Staples soccer with an interested friend and backer of Martino’s: former French international and Arsenal, Barcelona and New York Red Bulls star Thierry Henry. Brendan Lynch, Aiden Rose and Vaughan Sealey before the start of the US Soccer presidential candidates’ forum.