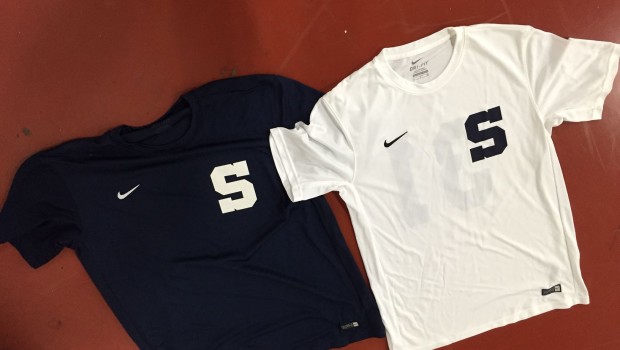 Staples Soccer Uniforms: Through The Years

The Wreckers will wear new jerseys in 2016 — and they’re going back to basics.

The uniforms hark back to a simpler era, when all that mattered was the match on the field:

But — as Fred Cantor ’71 notes — teams in the early years did not always have the simplest jerseys.

The following year, the 1st varsity team featured t-shirts, and a “W” on the chest — perhaps because many of the players came from Weston, which at that time was part of Staples High School:

Nearly a decade later — in 1968 — the Wreckers still sported collars — and zippers:

The 2016 jerseys debut on September 9 — opening day, at Trinity Catholic.