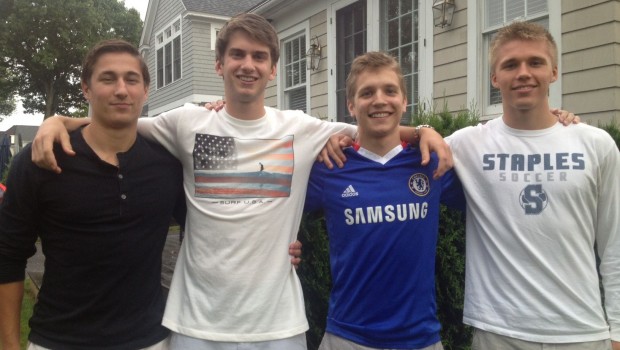 The 5th annual 7-v-7 tournament — played in honor of the All-State player who died of a heart ailment during the 2009 pre-season at the University of Mary Washington — was the best ever.

The weather was perfect. The standard of play was very high. Everyone — including the scores of spectators — had a fantastic time.

Noah Bender’s hat trick sparked a team of recent Staples grads to a 3-1 victory in the finals. They beat an older team of Staples grads — including some of Preston’s former teammates.

The weekend began with a Brazil-Colombia World Cup-watching party yesterday, and continued with a barbecue at Marc and Lisa Hirten’s home. The celebration of Preston’s life and legacy continues tonight, with a barbecue at Compo Beach.

Kudos to Matt Lamb, Dave Sharpe for their superb organizational skills, and the Hirten and Gendell families for their awesome hosting.