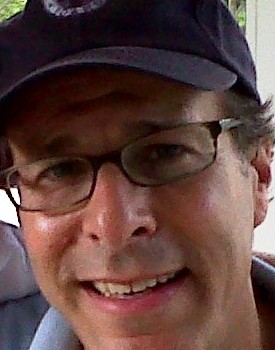 Seth Sholes ’78 is the newest member of the Staples High School coaching staff.

The former All-State defender and Wesleyan University All-American will be the junior varsity coach this fall.

“This is not just a home run — it’s a grand slam,” said head coach Dan Woog.  “Seth was a great player, with experience at a very high level.  He knows the game, loves Staples and our program, and has plenty of real-world experience.  The timing worked out perfectly.”

After captaining Albie Loeffler’s last Staples team — the 1977 squad that lost in the state semifinals to Danbury — Seth majored in government and international politics at Wesleyan.

He spent his junior year playing and training with Holland’s Willem II team, then captained the Cardinals as a senior.

He was invited to try out with the Portland Timbers following graduation, but the NASL soon folded.  He embarked on a 26-year career on Wall Street — working with Gruss and Company, Swid Partners and, for the last 12 years, First New York Securities.

He continued playing soccer, with the Manhattan Kickers — a club filled with former Wreckers.  He also coached his son and daughter, on the Bedford (NY) Soccer Club, and West Side Soccer in New York City.

Two years ago, he and his family moved back to Westport.  Seth retired from First New York earlier this month, to pursue his passions.  At the same time, Staples was searching for a JV coach.

“I always like hiring alumni,” Woog said.  “They understand where our program has come from, and where we want to go.  I think Seth will fit in superbly with our players, with freshman coach Chris O’Dell — who is also a former player — and with Kurt Dasbach and Tom Henske, who might as well be Staples grads.”