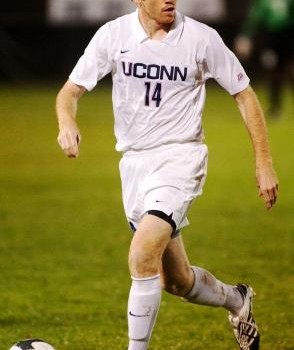 Robert Brickley — who will serve as co-captain of the 2010 University of Connecticut men’s soccer team — has a great pedigree.  His father, Neil Brickley ’71, also served as a Husky captain.

Robert — a civil engineering major — is familiar to Wrecker soccer fans.  A 4-year starter at Wethersfield High School, he led the Eagles to 2 state championships.  As a senior he earned both All-America and Scholar All-America honors from the National Soccer Coaches Association of America.  He was also named Connecticut Junior Soccer Association Player of the Year.

Neil is a longtime supporter of the Staples boys soccer program, most recently with videography projects.