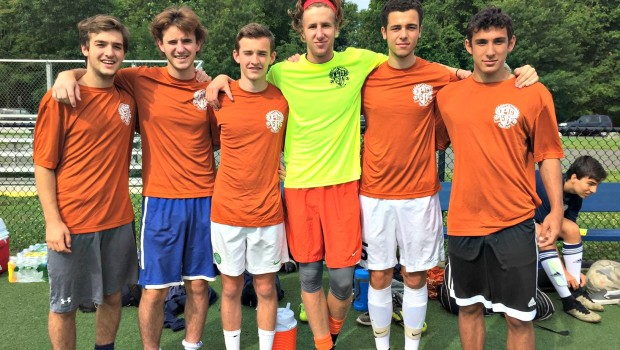 The event — which honors the memory of the 2007 star who died 2 years later of a heart ailment during pre-season training at the University of Mary Washington — drew a record 12 teams, and 130 players. They came from as far as Macon, Georgia. Teams also represented his 2006 Wrecker side; the 2001 Staples squad; Beachside (Hirten’s club team); Hirten’s extended family; the Staples girls varsity (who earned plenty of praise), and 7 teams with current or recent Staples grads.

In the finals, Stephen Rowland’s shot off a Berman header gave OLiving the early lead. Gabe Pensak equalized for the 2015 grads, before the match went into overtime.

The semis saw Dylan Middlebrook’s shot end the 2006 team’s run, while Michael Reid netted the winning penalty to lift the ’15 team into the championship match.

Congratulations to the winners, all participants, and special thanks to tourney organizers Matt Lamb and Dave Sharpe, Preston’s teammates and longtime friends.