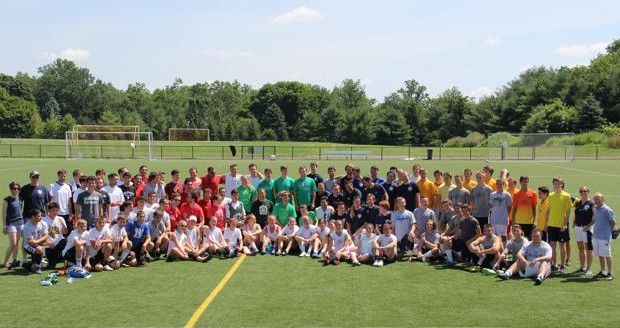 Play For Preston; Sponsor A Team

In just 5 years, the 7-v-7 tournament has become a major, competitive, fun and important part of the Preston Hirten Memorial Weekend.

But wearing pinnies, the college, high school and alumni teams that compete hard every year have not looked as sharp as they’ve played.

This year, organizers are adding commemorative t-shirts. For just $100, businesses, organizations, families and individuals can sponsor a team. Each player will receive a t-shirt, so the sponsor’s name — and the “Play for Preston” crest — will be worn proudly long after the weekend is over.

The Staples boys soccer program has already signed on as a sponsor. To add your business (or yourself) as a sponsor, email mhirten@gmail.com.

This year’s tournament is Saturday, July 5, 9 a.m. at Wakeman. To register a team, click here.