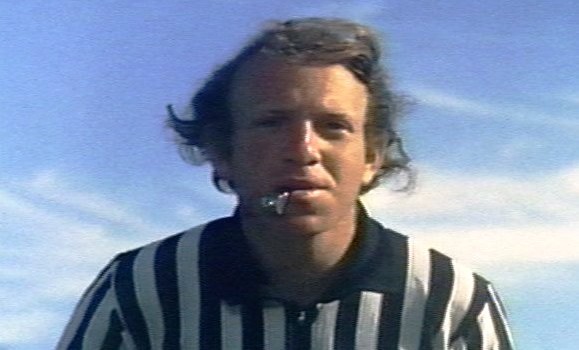 “Manny’s Orphans” — the 1978 movie featuring dozens of Westport soccer players — has been uploaded to YouTube.

The 8:53 clip (click here) includes the climactic game between the orphans of St. Mark’s, and the prep school kids of Creighton Hall.  (You’ll never guess who wins.)

Dan Woog as the referee

The referee is played by Dan Woog, who choreographed all the soccer sequences.

“Manny’s Orphans” was directed by Sean Cunningham.  He later directed more famous films, like “Friday the 13th” and “Spring Break.”