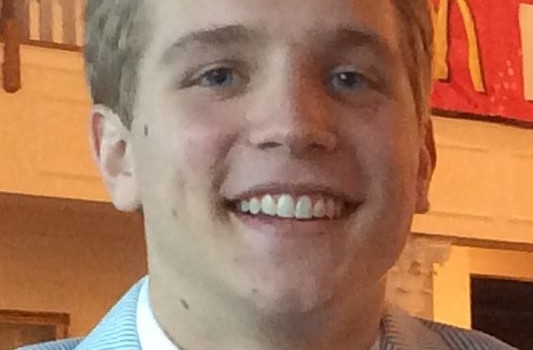 Jack Scott was honored Sunday as Staples’ Male Scholar-Athlete. Each school selects 1 male and 1 female, to be feted by the Connecticut Association of Schools and Connecticut Interscholastic Athletic Conference. The dinner was held at the Aqua Turf Club.

Jack captained the Wrecker soccer last fall. He was an intense leader on and off the field, peaking in the squad’s state tournament run. He is also the 2-time winner of the Staples boys soccer Octathlon, which has been named in his honor.

A national champion relay member as a junior on the indoor and outdoor track teams — and captain of those squads his senior year, though he could not compete due to a foot injury — Jack also shines in the classroom. He is headed to the University of Michigan this fall.