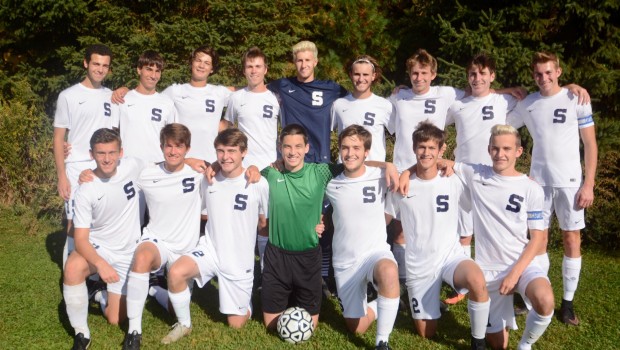 When they graduate next month, Staples soccer’s 16 seniors will head in a variety of directions.

Three will play college soccer (and 2 will face each other in league competition). Two have earned military service nominations.

They’ll go to school on 2 continents. Two will be Ivy Leaguers. Four will be attending the same school (that is, 2 at one, another 2 at a different college).

We will miss them all!

We’ll be proud of the military service of Spencer Daniels (US Military Academy) and Thomas Heisler (US Air Force Academy).

We wish the best of luck to them, and their 11 teammates from Staples High School’s Class of 2017: