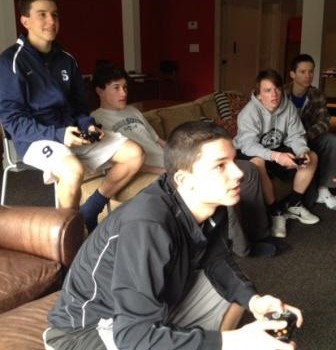 Daniel Boyce, Sebo Hood Clean Up In Octathlon Round 2

In the fiercely contested Octathlon Round 2, juniors Daniel Boyce and Sebo Hood won both the FIFA tournament and the “Best Goal” award. Each earned 16 points, vaulting Boyce into 1st place (27 points) and Hood into 2nd (22) in the overall standings.

The team of Diego Alanis and Sterling Price placed 2nd. They also scored the most goals, for a grand total of 13 points each.