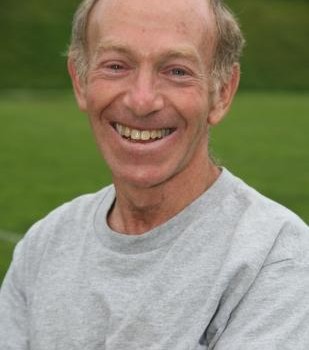 Staples head coach Dan Woog has been named Norwalk  Hour Coach of the Year, for all sports in 2010-11, for the paper’s circulation area of Norwalk, Westport, Weston and Wilton.  He won the online vote, and was also the choice of the Hour sports staff.

This is the 1st time the Hour has presented such an award.

George Albano’s article — headlined “It’s Woog’s World and All The Wreckers Do Is Win it It” — says:

For more than half a century, Staples High School soccer has stood for
excellence.  Another example of that was on display last Thursday.

On the same day it was announced the late Albie Loeffler, the Wreckers’
legendary coach, had been selected for enshrinement into the Fairfield County
Sports Hall of Fame, the current Staples coach, Dan Woog, received a phone
call informing him he had been selected as The Hour’s area Coach of the Year
for the 2010-11 school year.

In fact, just a few hours after getting his news, Woog attended a press
conference in Stamford, announcing the six new Fairfield County Hall of Famers
and spoke on behalf of his former coach, who he remained close friends with
until Loeffler passed away at the age of 93 in September 2009.

There’s no better authority on Staples soccer than Woog, who’s been a part of
the program as a player and coach for 31 years and became only its third
permanent head coach in 2003.  He even wrote a book on the history of Staples
soccer titled “Goals and Glory.”

And in his eight years as head coach, he has certainly carried on the tradition
that Loeffler started when he founded the program in 1958 and guided Staples
for the next 20 seasons.

Last fall, Woog coached the Wreckers to their third straight FCIAC
championship and fourth in the last five years as well as a berth in the Class LL state finals, where they lost 2-1 to Farmington to finish 20-3-1.

But that’s not the only reason Woog was The Hour sports staff’s choice, as well as the leading online vote getter, for the inaugural Coach of the Year honor.

One of the biggest reasons was the fact Woog may have done his best coaching
ever.  The 2010 Wreckers graduated half their starters from the 22-2-0 team that won the state championship a year earlier.  But that also means half the 2009 starters were returning, placing some lofty expectations on the two-time defending FCIAC champs.

“The expectations were high.  The pressure was high,” Woog said.  “Another
internal element that was a new trend to kids was committing to college in
their junior year and we had four of those.  Four starters had already
committed (to) Notre Dame, Colgate, Columbia and the U.S. Naval Academy.

“So we really had to keep the players focused.  They were a high-powered
bunch.  They had achieved a lot.  They set high standards for themselves.  There
was a lot going on with them.  Part of the challenge was making them
understand they would be different their senior season and to make their
senior season their own.  That was really the challenge.”

When Staples got off to an uncharacteristic 1-2 start, Woog’s worst fears were
realized.  His team was letting all the expectations and pressure get to them.

“And that was fine.  That’s all part of it.  I’m happy to be a frontrunner and have
a target on our back.  But at the same time we wanted to help them deal with
it.”

The “we” was Woog and his assistant coaches Kurt Dasbach and Tom Henske, the Wreckers’ keeper coach.

“It’s a great staff and what we did was re-double our philosophy that soccer is a
fun game,” Woog said.  “The kids should enjoy every minute that they’re out
there.”

The coaches got their point across.  A more relaxed and confident Staples team
would go 19-0-1 in its next 20 games, adding a record 27th FCIAC championship
in the process.

“They didn’t lose another game ’til the state finals,” the Wreckers’ head coach
noted.  “We got off to a rocky start.  The things we worried about, as much as
we tried to be pro-active and work around them, were coming true.  But give all
the credit to the kids.  They understood this was not what they wanted.  They
understood they were better than that as players and people and they turned
their season around.”

But give Woog and his staff some credit, too.  A lot of teams in the same
position may have had an early-season team meeting.  The Wreckers’ brain
trust, however, took a different approach.

“We’re not big on meetings,” Woog said.  “We want the players to take
responsibility for themselves.  We want them to make their own decisions on
the field, not look to us to make them.  We want them to not only not be afraid
of making mistakes, but celebrate mistakes and learn.  If you make a mistake it
means you tried something.  But they were not doing that.  They were tense.
They were just not having fun.  We talked about the importance of enjoying
what they were doing, reveling in being seniors rather than feel pressure.

“Kurt (Dasbach), Tom (Henske) and I continued to re-double our own effort to
make sure the environment was fun and the players took it from there.”

Woog credits his staff, incuding Kurt Dasbach (above) for much of the Wreckers' success.

In retrospect, as well as Woog knows the game of soccer, as good an X’s and O’s
coach that he is, his best piece of coaching last fall was his ability to get inside his players’ heads.

“It was as much a mental coaching game as anything else,” he agreed.  “I’m not a
shouter or a screamer on the sidelines.  I don’t jump up and down. That might
lead to short-term results, but not long-term results.  I much prefer to have our guys figure things out themselves.  It’s much better to make mistakes and learn rather than look at the bench and think you’re going to be subbed for.”

This year’s team was the first time one of Woog’s teams started 1-2 and rebounded to reach the state finals.  But it wasn’t the first time he had to take a psychological approach to a season.

“The 2006 team also lost in the state finals to Simsbury,” he said of the
Wreckers’ 2-1 loss in sudden-death overtime.  “They were also a very
high-powered team.  Different, but high-powered like this year’s team.  It’s a
different chemistry every year.”

That was one of the many lessons Woog learned from Loeffler.

“When I was a senior, at the end of my junior year, Albie got our team together
and very famously said ‘The men have gone and the boys have come to play the
game,’ ” Woog recalled.  “He had his own challenges to deal with.”

Woog, who refers to himself as “a bench sitter” in high school, was part of a
state championship team at Staples both his junior and senior years in the fall
of 1969 and ’70 under Loeffler.

And although his former coach retired from in 1978 and moved out of state,
Loeffler would become a mentor and close friend to Woog, who returned to
Staples in 1983 as a coach.  He directed the JV and freshmen teams for 12 years
before moving up to varsity assistant in 1995 under Jeff Lea, Loeffler’s longtime
assistant.

“Albie was a huge influence on me, and Jeff was, too,” Woog said.  “I had two
very positive mentors.”

After eight more years of tutelage under Lea, Woog took over as head coach of
the Staples soccer team in 2003.

“When I got the job, Albie had two pieces of advice,” Woog, who spoke to
Loeffer at least once a month since his retirement, said.  “He said never be
surprised by anything any kid does, which is true.  I learned that.  He also said
hire good people, treat them well and praise them often.  He is exactly right.”

Which is why Woog insists on sharing any coaching award that comes his way
with his coaching staff.

“I think we have the best coaching staff in the state,” the 2006 FCIAC Coach of the Year, who was inducted into the Connecticut Soccer Hall of Fame in 2000, said. “Each of us has strong, different personalities, but all of us love the game, love the kids, and put them ahead of everything else.

“I learn something new from Kurt and Tom every day,” he added.  “Everything we’ve done as a team, I give huge credit to my staff.  They make me look good, and I mean that sincerely.”

Now Dan Woog has another honor to share with them and the entire Staples
soccer program, that of being named The Hour’s first Area Coach of the Year.
And to find out the same day it was announced Albie Loeffler, who meant so
much to him, will be getting inducted into the Fairfield County Sports Hall of
Fame, made it all the better.

“It is great,” Woog agreed.  “Albie and I are very different people, but I think
both of us believed at the end of the day, when the championships are won and
the plaques are given out, it’s the kids who should parade around the field.  They don’t need to see us.

“Albie was never front and center when the players took a lap after winning a
championship.  It was always about the kids.  All we do as coaches is create the
environment and they take if from there.”

But having Dan Woog a part of that environment certainly helps.