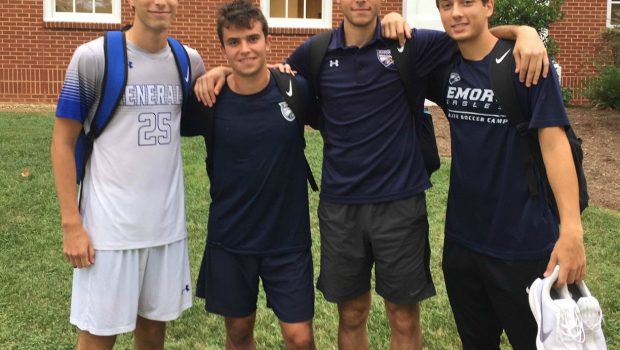 Longtime STA preseason camp director Brian Kuk — who coached Emory head coach Cory Greiner as a youth player — was at the match, in Lexington, Virginia. He and Sholes’ father Seth — a former Staples player, All-American at Wesleyan University and Wrecker reserve coach — agree: The game was far closer than the score.

Four former players on the field at once may not be a Staples record. But it makes the program very proud! One Response to College Soccer Fest: 4 Wreckers On Field Together