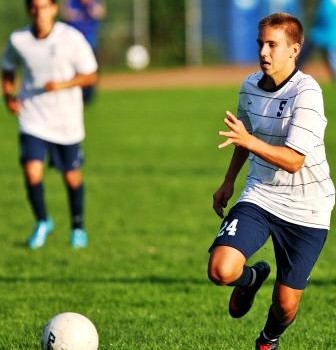 Tryouts begin on Saturday, August 25. Four days later — on Wednesday, August 29 — the Wreckers host Newtown. The SWC powerhouse was penciled in for 2011, but the match was canceled in the aftermath of Hurricane Irene.

Two days after Newtown — on Friday, August 31 — Staples hosts Wethersfield. That game — a kickoff to Labor Day weekend — is an annual, and much-anticipated, event.

On Tuesday, September 4, the Wreckers travel north to always-tough Glastonbury.

Thursday, September 6 brings Fairfield Prep to town. Though the 2 schools are less than 5 miles apart, they have never met. The Jesuits made a strong run through the state LL tournament last fall, and return most players.

Pre-season competition concludes on Saturday, September 8 with Wethersfield’s annual jamboree, a round-robin affair that also honors 9/11 victims from that town and Westport.

“Pre-season is very important,” said head coach Dan Woog.  “We use it to figure out who plays well where, and in what combinations.  We see what we need to work on.  And our players learn that there are a number of good teams out there. I’m already excited. This should be one of our best pre-season schedules ever.”