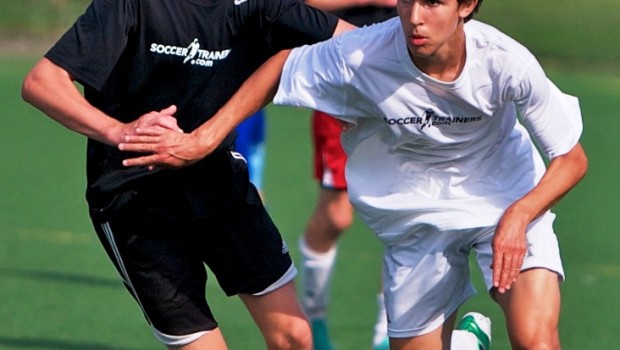 For the 11th year in a row, Brian Kuk and Brian Chandler prepared high school candidates for tryouts with their motivational, instructive and fun Soccer Trainers of America (STA) camp.

This year — for the 1st time — they added a camp especially for freshmen.

The camps are not mandatory. But they’ve become another — and highly anticipated — part of the soccer calendar.

Photographer Kim Lake captured some of the action at Wakeman and Coleytown fields. A pair of Jacks: Scott and Zeldes. (Photo/Kim Lake) Diego Alanis powers out of the pack. (Photo/Kim Lake) Michael Reid and Yousef Shahin battle it out. (Photo/Kim Lake) Kieran Chandler may have been the best player in camp. (Photo/Kim Lake)