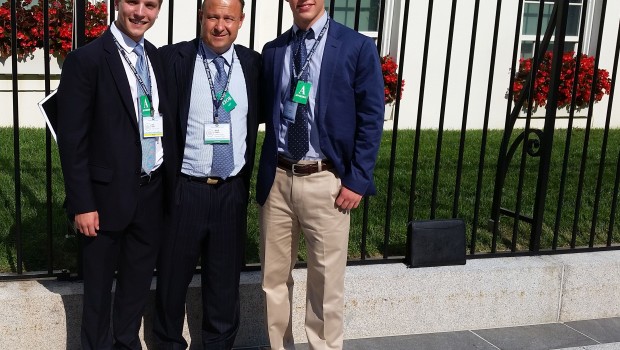 Staples soccer’s roots reached all the way to the White House yesterday.

The conference — which included other dignitaries and private investors like Mark Gudis — was organized by Al Puchala, as part of his new firm’s focus on bringing private investors together with the government to form partnerships for investing in rural America. Jack is interning with Al Puchala’s firm this summer. Both he and Andrew had plenty of work to do — and learned a great deal — at the event.