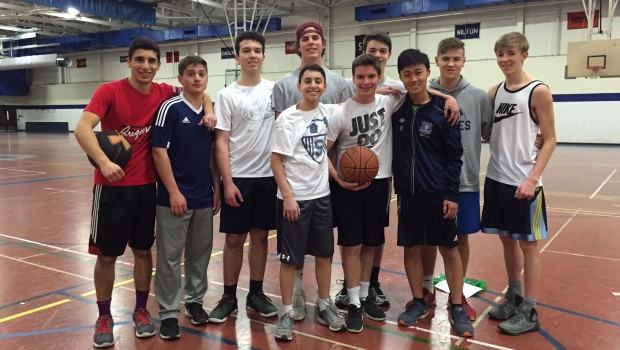 Wilson Daniels, Lefty Penderakis and Ryan Fincher formed the victorious 3-on-3 basketball team at yesterday’s Pentathlon, in the Staples fieldhouse. That keeps the top 2 spots the same, after the 2nd event in the off-season series. Daniels leads with a total of 32 points, while Penderakis is close behind at 32.

Penderakis earned points as MVP, while Marshall picked up “Best Shot” points with a buzzer-beater. Chris Martenson organized the tournament.