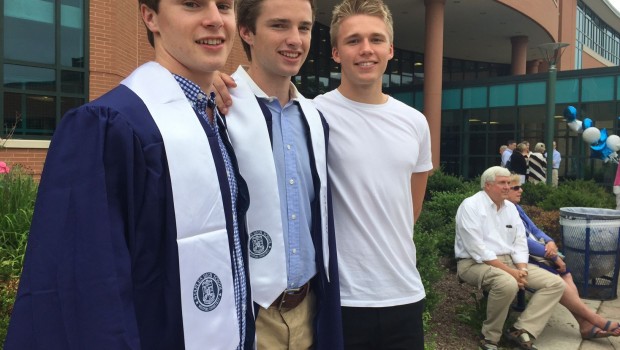 At last night’s baccalaureate ceremony, Puchala showed he is a multi-talented young man. He and Jason Slosberg dueled on drums for 10 dramatic minutes. Let’s go to the video!