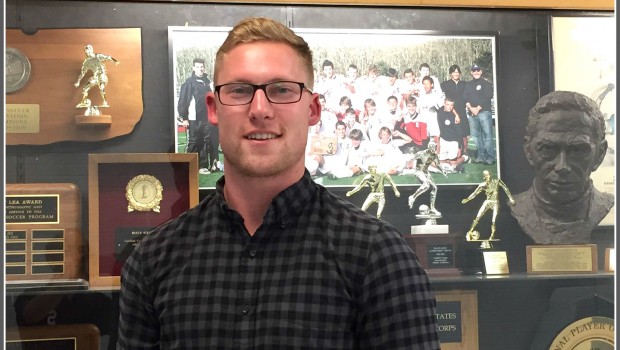 Once again, the Staples soccer program reaches into its rich history for a coach.

Russell Oost-Lievense ’08 — captain of the 2007 varsity — joins the Wrecker staff as freshman coach. He replaces Chris O’Dell ’95, who this fall joins the varsity staff.

After graduating from Staples, Oost-Lievense played at Hartwick College, and majored in English and special education. He became an assistant coach at Hartwick, and also coached in the Oneonta, New York youth program. He spent several summers running a camp on Cape Cod.

Oost-Lievense is working now at Bedford Middle School, in the special education department. He also coaches the Westport Soccer Association U-16 team.

“It’s great having Russell back in our program,” said head coach Dan Woog. “He knows our system and our values. I know he will continue Chris’ rich and legendary legacy of introducing freshmen to Staples soccer, teaching them well while imparting a love for the ‘S’ and all it stands for.” Russell Oost-Lievense ’08, in front of the Staples soccer trophy case.