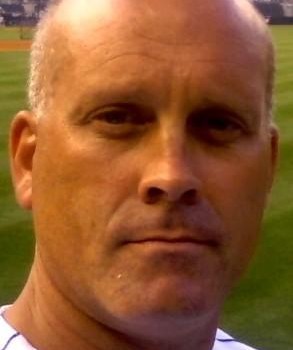 Rich Stein has helped the Staples soccer program in many capacities for several years.  He’s now adding fitness and conditioning to his responsibilities.

Rich’s soccer roots are long and deep.  In 1982 he played on the Westport Soccer Association’s state champion U-14 team.  An injury curtailed his soccer career, but at Staples he earned all-state status as a (very light) heavyweight.

After the University of Hartford, Rich worked in the New York advertising world.  He became a certified personal trainer, and for the past 17 years has worked independently, as well as at a variety of clubs.  He is also a long-time instructor at Kurt Dasbach’s Wakeman Speed Camp.

He is certified by the National Association of Sports Medicine and the American Council on Exercise, and continues his education to keep up with the most current and innovative training methods.

Rich has coached soccer in New Canaan, and served as head coach of the Green’s Farms Academy wrestling team, as well as with Westport Little League.

Rich will assist this year’s Wrecker squad with stretching, conditioning and injury prevention.

“I am honored and excited to be on the coaching sidelines,” Rich said.  “I honestly don’t mind summer coming to an end, with the knowledge that Staples soccer is here.”

“Rich will help us make much better use of the early part of training sessions,” head coach Dan Woog said.  “He’s got great knowledge, he’s easy-going but very committed, and he fully embraces the values and ideals of Staples soccer.”