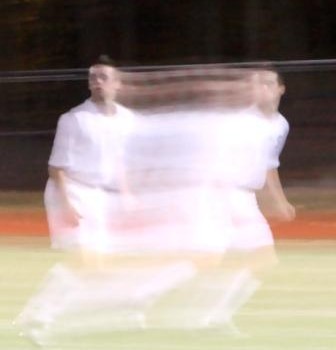 Spots are filling up fast for Kurt Dasbach’s Wakeman Speed Camp.  The twice-weekly summer sessions — which have trained dozens of Staples soccer players in speed, strength and flexibility, and paid an enormous role in the Wreckers’ success — is in its 6th year.

Speedcamp runs Mondays and Thursdays, 5 to 6:20 p.m., from June 28 through August 12.  As always, campers can sign up for and enroll for the entire summer, or only those sessions when they’ll be in Westport.

Kurt’s training methods improve speed in just a few short weeks. Over the past 5 years, the average camper improved his 40-yard dash time by 16%. The median improvement is 19%.

This past year Kurt received a level 3 certificate from the International Institute of Advanced Speed Training in Lausanne, Switzerland.  For many years he has helped improve the speed of professional, Olympic, college, and high school athletes. Having played professional soccer in Europe and South America, Kurt is especially adept at developing speed for soccer purposes.

In a recent national survey of high school and college coaches, speed — not technical skill or tactical knowledge – was cited as the most desirable quality among prospective players.

For more information, including registration procedures, click on www.wakemanspeed.com.

Top soccer players like Jack Hennessy are so fast, even ace photographer Carl McNair has a hard time capturing them on camera.