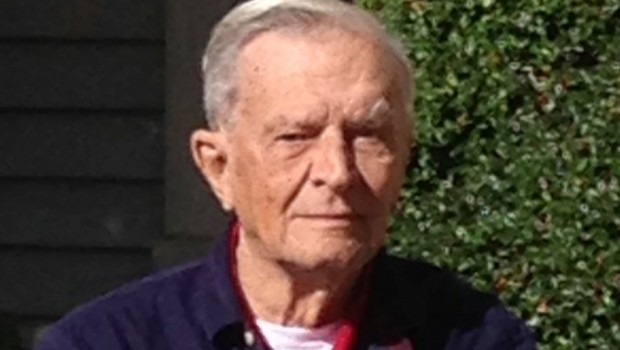 Warren was such an admirer of Albie Loeffler — founder of the Staples soccer program, and his son’s coach — that the family chose the Loeffler Scholarship as the recipient of donations in his name. Contributions in Warren’s memory can be sent c/o Dan Woog, Staples High School, 70 North Avenue, Westport, CT 06880.

Warren Roy Wilson was born January 29, 1929, in Orange, New Jersey. He attended Orange High School and started college at the University of Nebraska. He transferred to Columbia University, where he joined NROTC. After receiving his bachelor’s degree — the 1st member of his family to graduate from college — he was commissioned into the U.S. Navy. He served as a lieutenant commander on the destroyer USS Porter during the Korean War.

In 1951 Warren married Ruth Wyman, whom he had met in grade school. After he left the Navy the couple moved to Boston, where he received his MBA from Harvard. He worked for IBM for 15 years before starting his own company, based in Westport, which focused on sales and leasing in the emerging secondary market for computers. He retired in 1991.

An active member of Christ and Holy Trinity Episcopal Church in Westport, Warren was instrumental in starting the locally based Susan Lloyd Fund, which provides financial aid to cancer survivors who are attending college, and the Albie Loeffler Fund, which awards scholarship aid to Staples graduates.

Warren was widely known for his encyclopedic knowledge of and expertise about wine, a hobby that turned into a lifelong pursuit. He and Ruth traveled extensively to wine regions around the world. He assembled an enviable wine collection housed in a cellar he built at his home on Onion Hill Road.

Warren was predeceased by his wife Ruth, who died in 2010. He is survived by his 3 children: daughter Debbie Wilson Hoult and her husband Robert, of Beaconsfield, England; daughter Karen Wilson Orzechowski and her husband James, of Newtown, Connecticut; and son David and his wife Myra, of Rowayton, as well as 5 grandchildren: Christopher, Timothy and William Hoult; Cameron and McKenzie Wilson, and a great-grandson, Joshua Hoult.  He is also survived by his dear friend and companion, Judy Ross, of Norwalk. A memorial service will be held on May 8 (1 p.m., Christ & Holy Trinity Episcopal Church).