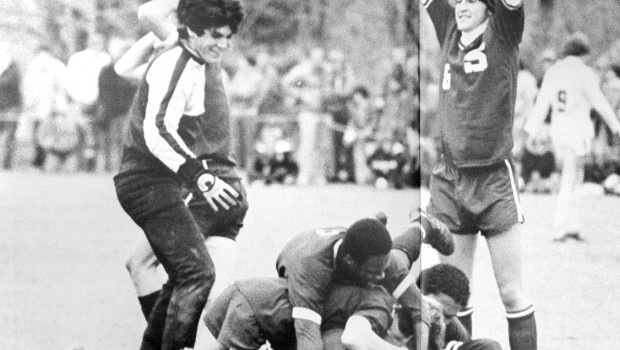 Not once, but twice.

The popular magazine featured 1999 graduate Kyle Martino. In a wide-ranging interview, the former Gatorade National High School Player of the Year — and current candidate for US Soccer president — speaks first about the “pride and passion” he felt playing for the Wreckers. He notes that he’s still involved through alumni games, adding, “The game has taken me all over the country, all over the world. But I keep finding my way back to Westport, Connecticut.”

In fact, Martino says, the feeling he had playing for the national team was matched only by what he felt at Staples. “There is an honor in wearing that jersey, and being a part of the local team,” he explains. Click here for the full story.

A few pages later, New England Soccer Journal names Westport its “Soccer Town” of the month. Much of the story cites the influence of Staples soccer on the culture of Westport. The program’s history, alumni legacy, and the magic of Loeffler Field are all cited as part of Westport’s soccer heritage.

It’s a thorough, thoughtful piece — and one more reason to celebrate Staples soccer. To read the entire story, click here. This iconic photo was used to illustrate New England Soccer Journal’s feature on Westport as a “soccer town.”