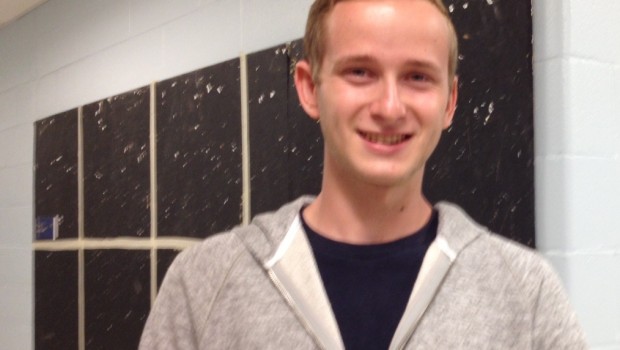 Ben Cion is the newest — and one of the most important — members of the Staples boys soccer program.

The senior has signed on for 2 key roles. He’ll live-tweet every match — allowing Wrecker fans around the world to follow the action in real time.

Ben will also serve as “event manager” for all home games. In that role he’ll organize halftime penalty kick contests with fans from The Hill, handle pre-game music, and help generate other ideas that will add excitement to the Staples soccer experience for all.

Ben is well suited to the tasks. A former freshman soccer player for coach Chris O’Dell, he managed the junior varsity team as a sophomore. Ben currently assists with the Guardian‘s Liverpool account. He hopes for a career in sports management, with a soccer club.

To follow Staples on Twitter, click the “Twitter” logo on the “Social” section of this website’s home page, directly under the Calendar. The 1st regular season game is Tuesday (September 10, 4 p.m.), at home against Danbury.