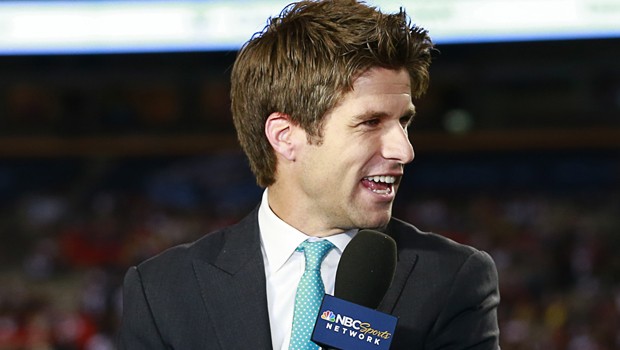 On May 11, he was set for an amazing non-soccer gig. The former Gatorade National High School Player of the Year would deliver on-the-ground updates from the Mt. Everest Base Camp of Joby Ogwyn’s live jump off the world’s most daunting mountain. The prime-time special — with Ogwyn wearing a wing suit — had been planned for months.

But in light of Friday’s avalanche — which killed at least 13 Sherpas — Discovery Channel canceled the event. “Our hearts thoughts and prayers go out to the whole Sherpa community,” Discovery said.

Ogwyn called the lost Sherpas “the salt of the Earth. Far better men than me. My heart is broken.”

Martino was in New York today, headed to Nepal from his Los Angeles home, when he heard of the cancellation.

He tweeted: “Now is a time for the Sherpa people. Canceling show was the right thing to do. Now it’s about giving them the love and support to overcome. My journey to that part of the world is for another time. Now back to LA and my beautiful amazing wife.”

Martino and Eva Amurri are expecting their 1st child. Kyle Martino hopes to go to Mt. Everest in the future.