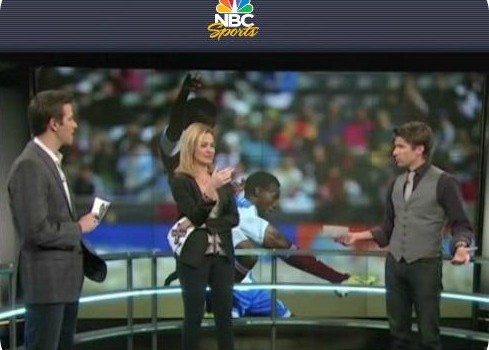 The duo offered the usual complaints — soccer is too low-scoring, too boring, blah blah blah — to ever be popular here. Kyle had comebacks for everything (including film clips — hmmmm).

The former Gatorade National High School Player of the Year has made a name for himself as a quick-witted, clever and very perceptive sportscaster. Click here to see some of his talents.