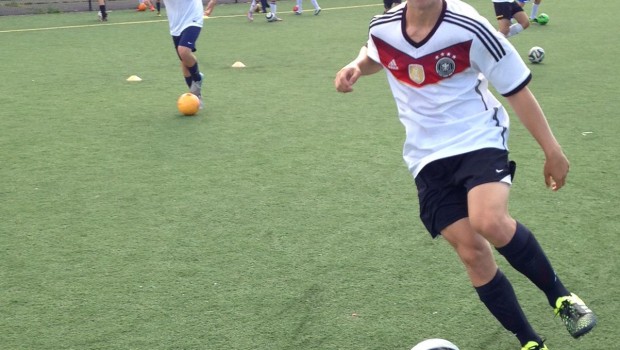 For the first time ever, the first official day of soccer tryouts is a Thursday. August 27 is also the first day of school.

That’s meant some adjustment from the traditional tryout times.

All seniors, juniors and sophomores should report to Staples’ Loeffler Field at 4 p.m. on Thursday, August 27. The coaches will meet the candidates, and all players will be timed for two 840 runs. Then everyone heads to Wakeman for on-field tryouts that end at 7:15 p.m. The same schedule will be followed on Friday, August 28. On Saturday and Sunday, August 29-30, all seniors, juniors and sophomores have double sessions at Wakeman: 8-10 a.m. and 3-5 p.m.

All freshmen should report to the Staples fieldhouse immediately after school on Thursday, August 27. Coach Chris O’Dell will take the group to Wakeman for tryouts, which run until 5 p.m. Tryouts continue on Friday, August 28, with all freshmen going directly to Wakeman after school. The freshmen are also scheduled for Saturday and Sunday, August 29-30, at Wakeman from 12-2 p.m.

All candidates in all grades must have pre-registered online (http://staplesathletics.assn.la) and must have a current physical form cleared by the nurse. No one can try out without having done this.

Check the calendar and home page of StaplesSoccer.com for up-to-date information. Jack Zeldes gets ready for tryouts at the STA pre-season camp. (Photo/Grant Sirlin)