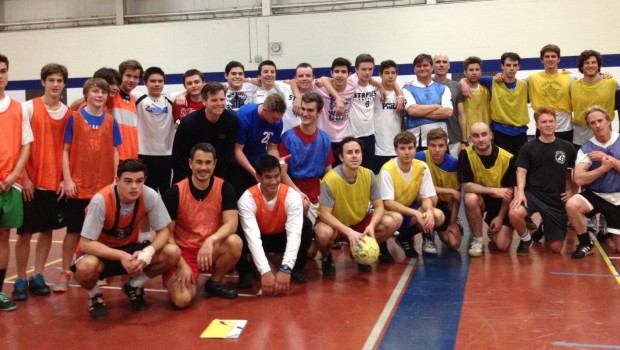 For the first time in recent memory, a high-school based squad won the annual Loeffler Indoor Tournament.

2014 tri-captain Michael Reid’s strike 1 minute into golden-goal time gave his side the upset victory over a star-studded alumni team, in the finals. Each team scored in the final minute of regular time. The Staples squad was seeded 4th in the 4-team event, while the top-rated alumni side had been undefeated.

The tournament — which raised several hundred dollars for the Albie Loeffler Scholarship Fund — featured a team with 6 Dasbachs: Kurt, his 2 brothers, his son Shane, and 2 nephews.