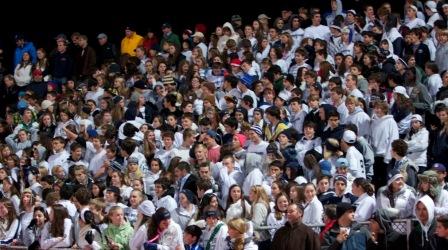 US Soccer’s recent decision to move to a 10-month Development Academy season — effectively forcing players on those teams to choose between their club and high school teams — has been a topic of controversy throughout the nation.

The move could affect 80 players in Connecticut — those who play on South Central and Oakwood’s U-18 and U-16 teams — as well as those on Academy teams in neighboring states, like the Red Bulls, Cosmos and Revolution.

(A) group of players showed up at a diner afterward with their championship medals around their necks.

Suddenly, the other customers in the diner — the majority of them Westport residents — stood up and spontaneously gave the players a standing ovation. The players beamed.

“They’re going to remember that the rest of their lives,” Woog said. “They felt like kings. That’s not going to happen in the academy.”

Woog added: “We should be in the business of letting kids be kids. Not forcing them into thinking they’re going to be playing for Arsenal or Manchester United two years from now.”

The Staples boys soccer program is planning a panel this spring that will include high school representatives, Academy officials, college coaches and current players, to present all sides of the issue to high school-age and younger players and parents throughout Fairfield County.

One of the great things about high school soccer is the chance for players to represent their school and town in championship games in front of huge crowds filled with friends, classmates, teachers, and fans of all ages.