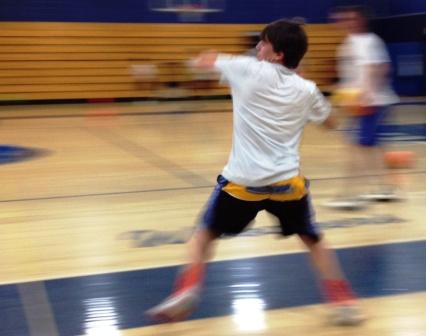 This month’s Octathlon of Champions event was dodgeball, in the Staples gym.

Matt Bateman, Foster Goldberg, Ethan Kobak and Sterling Price were the biggest point winners. They finished 2nd in the small-team tournament part of the competition, then won the big game at the end, for a total of 13 points.

Charlie Leonard, ready to peg someone.