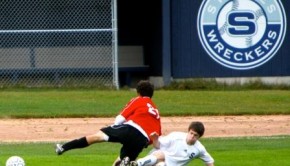 Staples soccer has a new videographer. Johnny Donovan takes over from Matt Hodes, who continued the legacy established by Sam [… Giving Thanks To The Hirten Helpers

Matt Lamb ’07 and Dave Sharpe ’07 — organizers of this year’s Preston Hirten Weekend — send along this message: [… 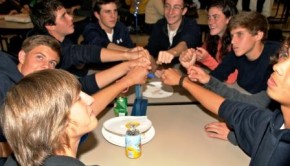 Workout Of The Week #3 — The Challenge Continues

Workout of the Week #3 adds some hills to the usual beach runs. But Staples soccer players are up to [… The Staples-based team ran up a 2-1-1 record against stiff competition in today’s 4th annual Preston Hirten 7-v-7 Tournament. The [… Kurt Dasbach sends along Workout of the Week (WOW) #2. Jack Scott will organize a session for all players wishing [… The Staples boys soccer program is looking for one good videographer. Actually, one great one. The paid position is for [… 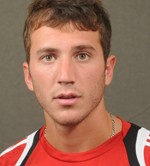 The 4th annual Preston Hirten Weekend will once again feature a 7-v-7 tournament; cookouts and other social events, and a [… Each week this summer, a new “Workout of the Week” will be posted. All players trying out this fall should [… 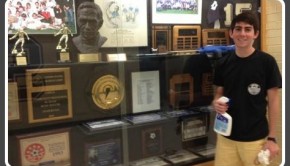 Trophy Case Gets Fresh Look — Thanks To Robby Giannone Over a dozen Staples soccer players finished a 6-month, twice-weekly, 6 a.m. workout regimen this week. They came to the [… The Staples soccer season ended in November. But the honors continue for 2 soon-to-graduate seniors. Greg Shikowitz was awarded 2 [… A few times a year, the Staples boys soccer program offers itself up for local charity auctions. A Better Chance […